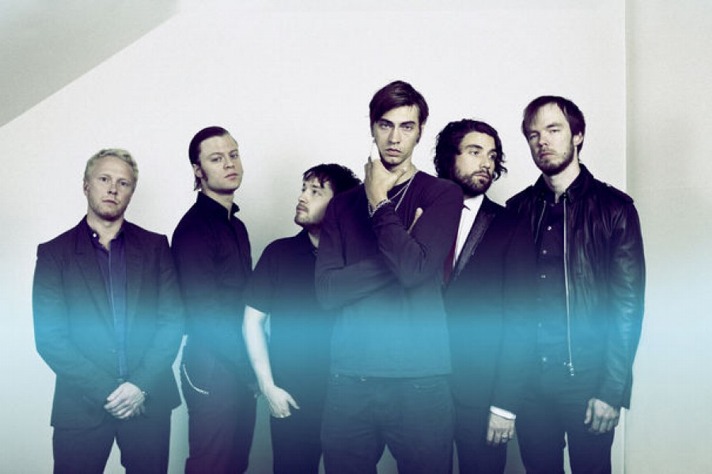 Mando Diao is a rock band from Borlänge, Sweden. The band got their breakthrough with the release of the album "Hurricane Bar". Band members are Gustaf Norén (vocals, guitar), Björn Dixgård (vocals, guitar), Carl-Johan Fogelklou (bass) and Mats Björke (keyboards). In 2003, the debut album "Bring 'Em In" was released internationally by MUTE label. As of 2004, the band is hailed enthusiastically by the music press as one of the most sanguine newcomer bands of the year. Their second album "Hurricane Bar" was released in March 2004 and became an immediate international success. Their third album, "Ode to Ochrasy", was released on August 24, 2006 and is being described as the band's best album. By the end of 2006, the band released a DVD called "Down in the Past". On October 26, 2007, the band released their fourth album "Never Seen The Light Of Day". Their fifth album, "Give Me Fire", was released on February 13, 2009. The album's first single, "Dance With Somebody", was released in January, 2009 and became the most sold single and most popular song of Mando Diao so far. "Infruset" was released on October 31, 2012. It is the band's first album in their mother tongue, ten poems of Swedish poet Gustaf Fröding set to music. The album "Infruset Guld", containing new Swedish songs and studio versions, was released on June 5, 2013. A new album called Aelita will be released in April 2014.